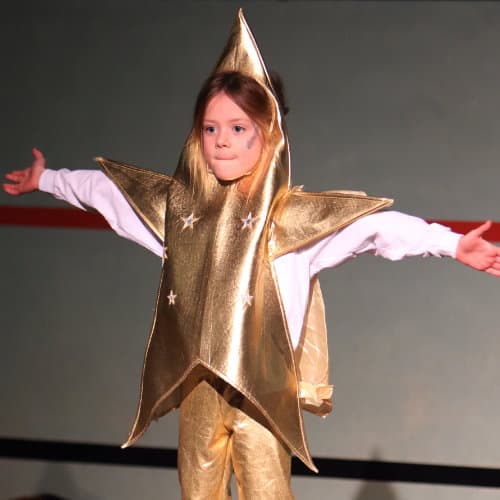 The PTA ran a hugely successful Christmas Fair. Thank you to all who attended and everyone who helped out. I think that Father Christmas has only just recovered, ten days later.

This week was Nativities week! One of my favourite days of the year features the Nativities rehearsals, performed to the whole school. The older children just love remembering their own productions.

Miss Paver had created a nativities ‘trailer’ featuring rehearsal footage and using real ‘green screen’ technology. Mrs Bruce-Jones wrote the script for the early years and we saw the children really delivering some cracking and topical one-liners. The singing, acting and quality of the productions was superb. Thank you so much to all of the team for their hard work. Following the dress rehearsals, the children performed their shows on the following Thursday and Friday.

They have all done so brilliantly. Thank you for your attendance and support. Thanks also to Tom Hurley for taking some really beautiful pictures of the children; a few of which you can see here alongside this article.

The boys’ Y13 rugby team had a truly brilliant day on Wednesday, winning the U13 Mount Kelly rugby festival. A further match report features in the most recent newsletter but enough to say that I am hugely proud of them, their spirit, determination and great teamwork. Well done boys.

One of our Year 8 girls have been awarded a Music Scholarship to Wells Cathedral School. An incredible achievement that we are very proud of. Wells is one of the top Music specialist schools in the country, if not the world and we congratulate both our student and her music teachers on her achievement. 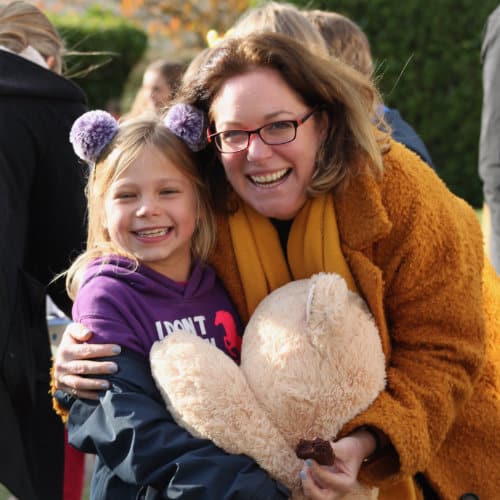 Children in Need was a super day and my enormous thanks go to Mrs. Evans and the School Council who ran the many fundraising activities. The cake sale and break time activities were enjoyed by all and I enjoyed having lots of hugs with the children and the enormous teddy bear! Since the last newsletter, we have counted the total money raised: £641.59!

In Mrs. Wellington-Smith’s absence, I have been covering her Drama lessons with Year 3 on a Monday and Tuesday afternoon. The 09:00 Monday lesson is certainly easier than the last lesson of the day on a Tuesday! It has been wonderful to see the children progress with their presentation skills and enjoy their lessons ‘shoes off’ in the Performing Arts room.

Tuesday also brings on ‘Dog Walking Club’ with the Pre-prep. Now, I must confess, my puppy Benji has been appalling at ‘Dog Walking Club’, refusing to walk anywhere. The last time it was attempted I had to carry him (and he is quite big now) around the Abram field followed by a gaggle of six-year-olds. I joined Mrs. Glanvill in the Wild Woods where the children can find and throw sticks for Benji. We have moved all the ‘mud kitchen’ resources and placed them in the middle of the wild woods. The older children are now able to get creative in their Woods play. Gosh, what fun we had: mixing, pouring, making ‘hot chocolate’, experimenting! It was cold, but no one noticed as it was such great fun.

On Thursday, we welcomed Mr. Bart Wielenga as part of our ‘Meet the Head, parent seminar sessions’ and it was really well attended. Mr. Wielenga spoke about teenagers, the importance of developing their independence and for us parents to let them go a bit. He spoke about the concept of ‘we just want them to be happy’ when actually life is not always happy. There are tough times, too, and he wants his pupils at Blundell’s to be engaged in what they do and for them to have found meaning in their work and life. Next term, we welcome Mr. Eugene du Toit, the new Headmaster at Wellington School, to speak to our parents. The date will be confirmed in next term’s calendar.

Plans are afoot for the St Peter’s Festival next Summer, now officially named as ‘Harefields’ (I think ‘Creamfields’ was the inspiration and I like it!). Please put the 27 June 2020 into your diaries. It will be a midday Saturday to midday Sunday family event with camping, live music, family activities, deckchairs and festival food.

This week was Remembrance. Dr. Evans led a very special service for the whole school community to remember those who died for us. I read the list of servicemen from St Peter’s who lost their lives and we sang and prayed together. Everyone from the three-year-olds in Nursery to our office staff stood together. Bertie played the Last Post. A big deal for a young lad and he did it with aplomb.

It was the big match on Wednesday. The U13s against Blundell’s and I went over to watch along with great support from the parents. My, my it was a wet and slippery ordeal with the boys caked in mud. They kept their determination and focus for the whole match and were overjoyed with the resounding victory of 6 tries to 1. I saw some exceptional tries and was so proud of the whole team. While there I popped in to see the Head, Bart Wielenga who confirmed that three of our Year 8s will be receiving sports scholarships from Blundells following their assessments earlier in the term. Well done to Archie, Taylor and Will. A tremendous achievement against stiff competition. 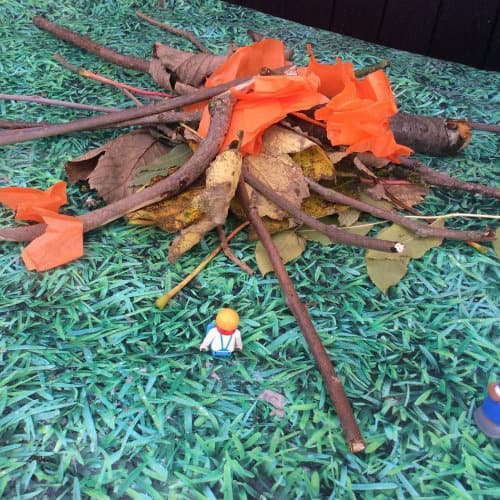 It has been wonderful to see the children back after the two-week half term. I’ve been hearing about all of the adventures: Florida to Turkey, Greece and lots of surfing trips to Cornwall. It seems many were struck down by ghastly flu but we are all now fighting fit and raring to go in the run up to Christmas.

The Nursery Show and Share assembly was extremely special this week with parents and children joining in with the days of the week song and the months of the year song. The new FAMLY software that we are using means that parents receive regular updates about their child in the Early years as well what the class has been up to. No longer will these little ones be able to answer the question ‘What did you get up to at school today?’ with ‘Nothing!’. It is quite clear from looking at FAMLY that the children went to the Beach, they toasted ‘marshmallows’ at forest school, they counted conkers and they made fireworks. I love this picture of the small world bonfire night scene that was created for the children by our amazing staff who provide such stimulating and enriching learning environments.

Our Year 2s enjoyed their first ‘matches’ in Netball and Rugby this week. They were extremely excited and it was lovely to hear the quality of the coaching going on and the (as ever) positive reception to the Match Teas for the parents! A real part of prep school life. And finally a quick mention to poor Isla in Year 8 who broke her leg on Tuesday. We wish her well and a speedy recovery.