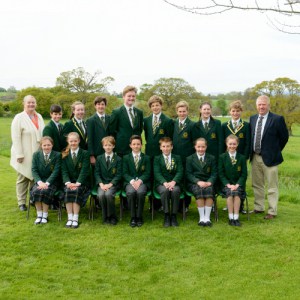 77% of pupils in Year 8 at St Peter’s Preparatory School last year were successful in being awarded scholarships to their senior school of choice. For the last 5 years, the percentage of Year 8 leavers who have been offered scholarships has been steadily rising. 56% of the 2013-2014 cohort of Year 8s achieved scholarships and that figure now stands at 77% – an all-time high.

Of the scholarships awarded to our last set of Year 8s, the highest number was for sport, followed by academic, drama, all round and art. Head, Mrs Charlotte Johnston, comments: “In the last 3 years, pupils at St Peter’s have garnered more scholarships to Exeter School, Taunton School and Wellington School than anywhere else. However, this term our summer Year 8 leavers are also commencing Year 9 scholarships at Blundell’s, Clifton College, Sherborne School and The Maynard School. We are delighted that, as a non-selective and independent prep school, we are able to place so many of our children in such a wide variety of renowned senior schools and that such a large number are awarded scholarships by the senior schools.”

St Peter’s is holding an open day from 10:00 until 12:00 on Saturday 6 October 2018 where prospective parents are given a tour of the School and Nursery by Year 8 pupils and a chance to chat to staff.

To book onto St Peter’s open day on Saturday 6 October 2018 or their School in Action morning on Wednesday 14 November 2018, please telephone Rachel Elliott on 01395 280335 or email rachel.elliott@stpetersprepschool.co.uk.