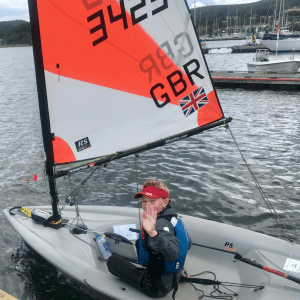 For the second year in a row St Peter’s pupil and Exe Sailing Club junior Josh (Year 8) has been selected for the national UK RS Tera Squad.  His training at Exe, his results in the Nationals, combined with his amazing result sailing under the GBR flag this year in Sweden at the RS Worlds, resulted in Josh being selected to join the UK squad for winter training.  This will prepare him for next year’s Nationals, a European Championship in Travemunde (Germany) and a very exciting world’s event in South Africa.

This will be Josh’s last year in the RS Tera.  With that in mind, he has paired up with the RS Fera XL class with former St Peter’s pupil and Exe Sailing Club junior Angus (the team that sailed for St Peter’s in the IAPS U13 competition last year).  They have been training to achieve selection for the RS Feva SW Zone squad, coached by former St Peter’s pupil Mark R, honing their sailing skills and building on their teamwork.  We can’t wait to hear how they get on!